Planetannouncement is also available in your country: USA. Starting good deals here now!
Back to Results

Cafes in greymouth - Sevenpenny’s Pub & Restaurants. It of the best Greymouth Pub has to offer. We offer you to take an experience of delicious food in our Cafe and Restaurantin the Greymouth.

Our Story : Beer was the staple drink of working men, and the price of beer and cigarettes was always a matter of local debate. An organised move by Greymouth hotels to raise the price of beer in 1947. Price rised from six penny to seven penny. It led to one of the most effective consumer boycotts ever seen in New Zealand. After a four-and-a-half-month boycott of pubs, the hotel keepers caved in.Hence the price was restored to its old level.

It was a sign of the power that determined consumers and organised labour could wield. Miners, forestry workers and the like boycotted drinking at any hotels. Anyone that was caught in any establishments or intoxicated were shunned by everyone in the industry. They then resorted to striking from working in the mines and the nation reached crisis point with a shortage of coal nationwide which forced the government to intervene 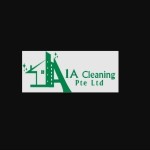 We do not control the content posted by members and therefore assumes no responsibility for consequences directly or indirectly related to an action or inaction, loss or damage incurred by any individual or company due to the use of information provided by Planetannouncement's users. Planetannouncement disclaims all warranties, representations and conditions regarding use of the Site or the information provided, including all implied warranties or conditions of merchantability, fitness for a particular purpose, or non-infringement, whether express or implied, or arising from a course of dealing, usage or trade practice. Ads without photos or ads in the wrong category or Pornographic or inappropriate photos will be removed from our servers and your account will be blocked.

Your experience on this site will be improved by allowing cookies.